← back to
Constellation Records 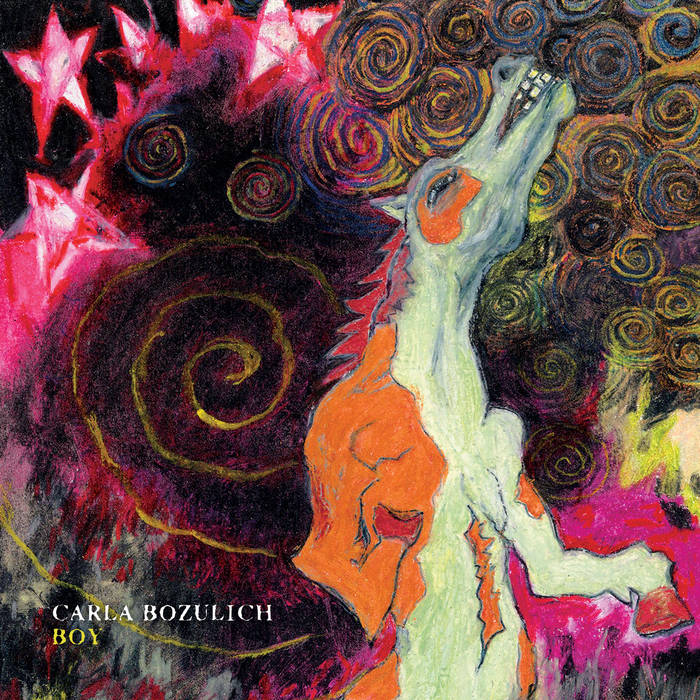 guska2 One of the most impressive voices i ever heard!

Carla Bozulich is an art-punk heroine. Time and again she has headed up bands that sound like nothing else and arguably stake out genres unto themselves: the bent agit-prop of Ethyl Meatplow; the ferocious roots-tinged epic rock of The Geraldine Fibbers; the vocal-driven sound-art of Scarnella and Evangelista; her large-scale performances including the ongoing Eyes For Ears series. Her first "solo" record, the 2003 album-length cover of Willie Nelson's Red Headed Stranger, was rightly hailed as a masterpiece of reinterpretation and recontextualisation. Her first album for Constellation was 2006’s Evangelista, after which Bozulich adopted the Evangelista moniker for subsequent work, and released three more albums between 2008-2011. She has set aside Evangelista for now, to focus on the songs that form Boy, her third record under her own name.

Boy is Carla's self-proclaimed "pop record" and that claim makes perfect sense, framed within the context of her unique musical career of experimentation, exposition and deconstruction. Boy is a refreshing and much-needed reminder of what pop – as an oblique angle, influence, and intent – can do in the hands of a ferociously commanding singer/lyricist who has cut her teeth on genre-bending, genre–blending, and DIY aesthetics. Bozulich says she was “resuscitated” in her teenage years by punk rock, and then “destroyed, in a good way” by people re-inventing the idea of how music works. Here is a batch of ten songs that clock in at 3-5 minutes each, mostly hewing to recognizable structures of verse, chorus and bridge, but full of destabilizing accents and strategies, and nothing that could read as winking irony, gloss or mere effect/affect. The songs are grounded by hooks and melodies, delivered by the singing itself, with the underlying instrumentation and arrangements always in the service of Carla's voice and lyrics – in that respect, there is a strong through-line from the Evangelista albums. But Boy sharpens and focuses each song's intent and structure; unlike most of the Evangelista work, this new album, apart from a song or two, would not be mistaken for sound art, dark ambient, or quasi-Industrial music.

While Bozulich wrote most of it, played the majority of the instruments and made the album artwork, the album’s creation was aided, abetted and sometimes rescued by the input of John Eichenseer (aka JHNO). The duo traveled and played together all over North America, Europe, South America and India - with a particularly fruitful burst of writing on a tiny island off the coast of Istanbul. They joined the Italian drummer Andrea Belfi in Berlin to record with his impeccable rhythmic support. The songwriting reflects a life of travel - remaining purposefully uprooted and nomadic, living without ever really unpacking that single bag - and guided by some of Bozulich's most perceptive, honest and sometimes venomous lyrics.

Boy unfurls a beautiful, unsettling narrative wrung from an artistic life of unflinching creative experience, commitment, courage and learning. It is sharp, supple, satisfying and generous.

Carla did the guitars, some synths, most samples and loops, all bass guitar, and the artwork.

Carla wrote, produced and mixed the album, mostly in collaboration with John Eichenseer as they went anywhere and played every gig that they could manage passage to. John played all the keyboards, viola, tons of electronics and drums, and snuck in a duduk. In Berlin, Andrea Belfi helped write a few songs too. He played drumset on all tracks except "One Hard Man" (John and Gambletron) and "Drowned To The Light" (Shahzad Ismaily) and played some synth. A sample from a collaboration rehearsal with Topsy The Great in Pistoia, Italy was used on "Ain’t No Grave."

Most of the basic tracks were recorded at Tricone Studios in Berlin by Danny O’Really and Rowan Smy. Carla took the files to rural San Diego, California, tore them up and stuck them back together with solitary insomnia and bad American coffee. They fought back. They battled!

In Montréal, Jace Lasek helped finalize the mix at Breakglass and Ian Ilavsky brainstormed and helped to reign the thing in. "One Hard Man" got recorded in Ian’s apartment just as the album was being mastered by Harris Newman at Greymarket.

Backing vocals by John, Andrea, Leah Bozulich, Dominic Cramp, Jessica Anthony and Gambletron, Rupa Marya, Carla and her Great Aunt Lily and, of course, the Boy who screamed at the end of "One Hard Man."

Carla Bozulich is an art-punk provocateur: a writer, producer, curator, interdisciplinary artist and prolific musician with one of the most unique voices in any genre. Her work is brutally raw and weirdly visionary.

Bandcamp Daily  your guide to the world of Bandcamp

Featuring appearances from Kari Faux, Bluestaeb and and interview with NY-bred artist Wiki